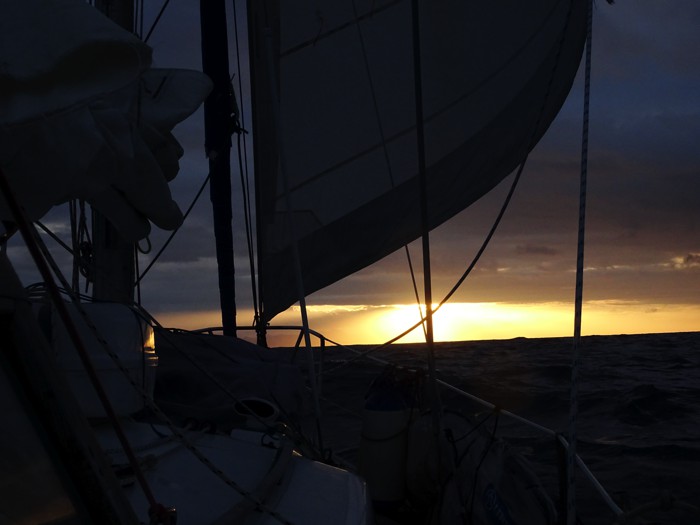 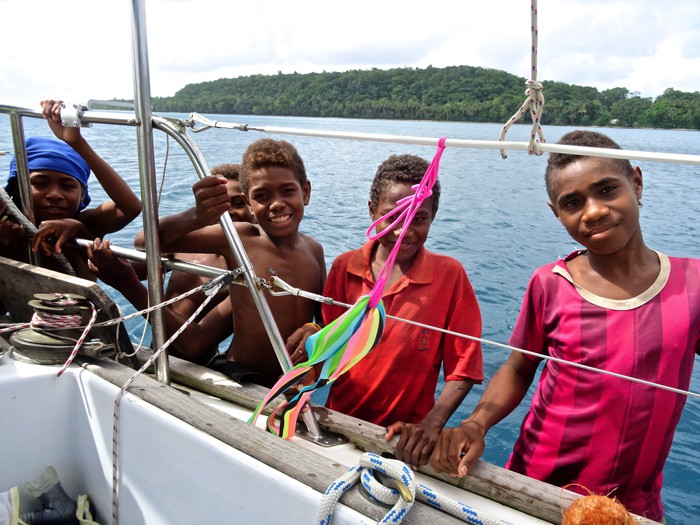 Boys coming to give us coconut 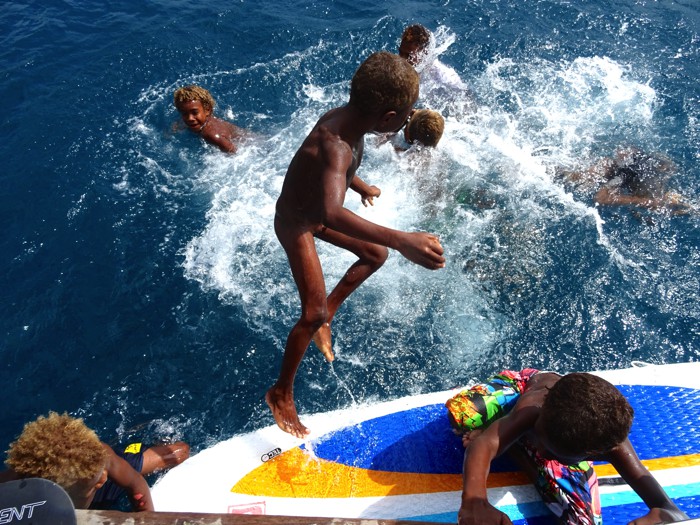 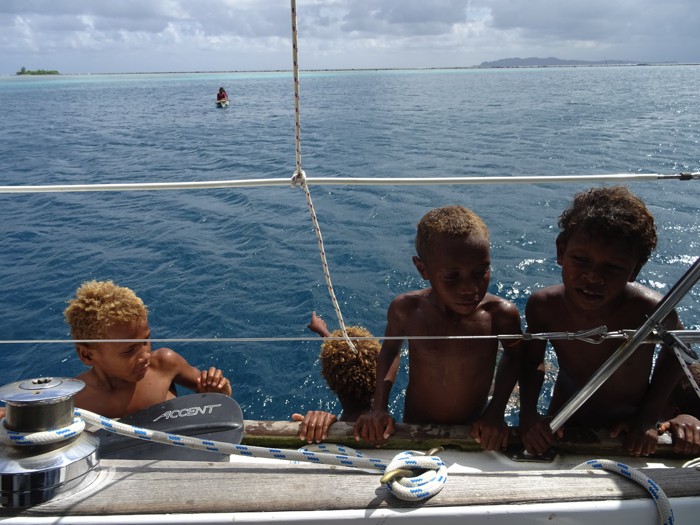 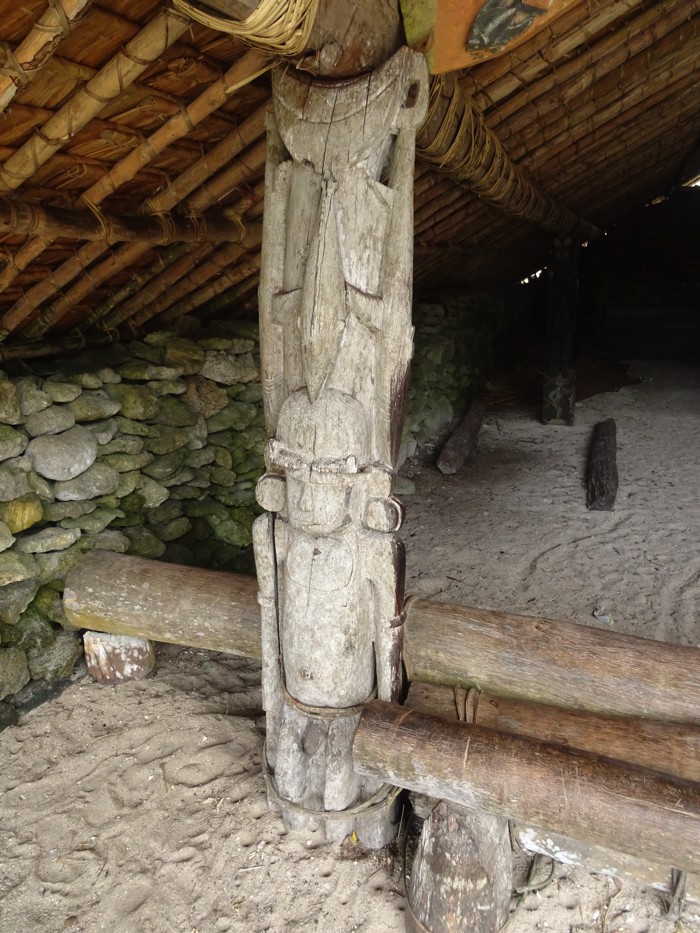 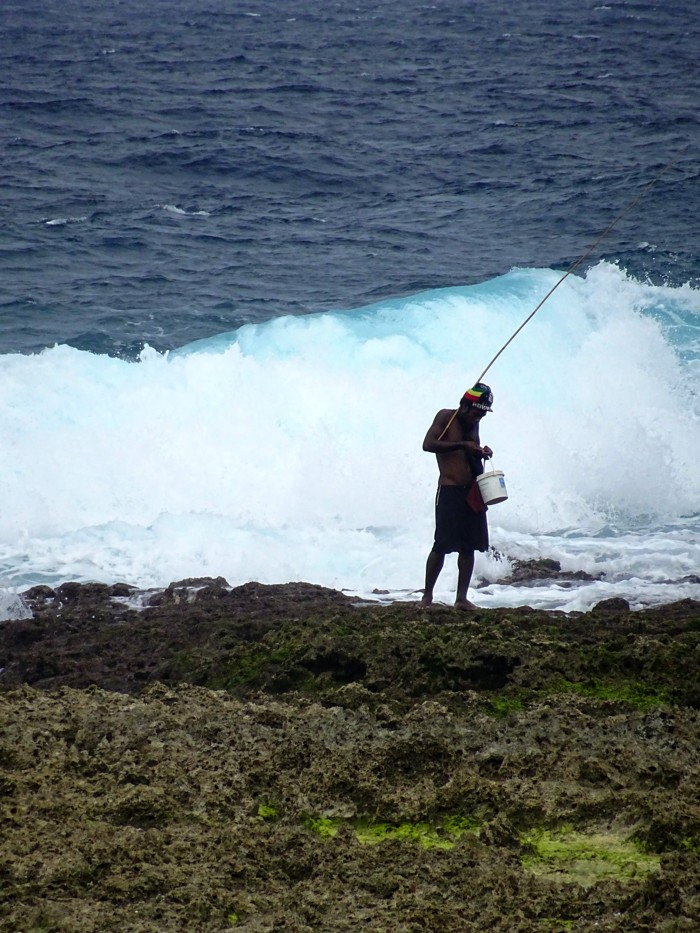 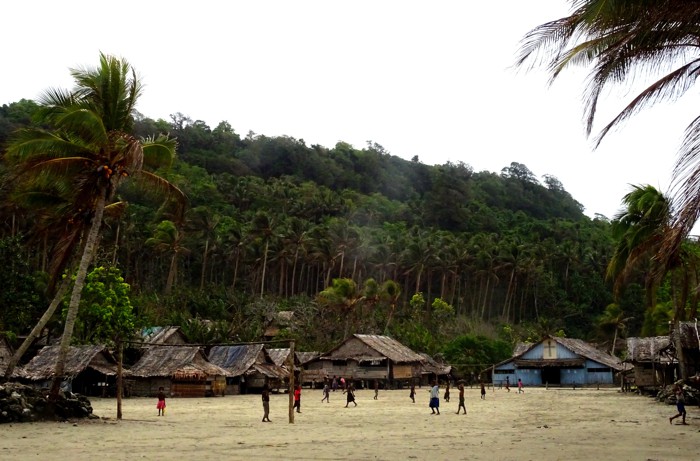 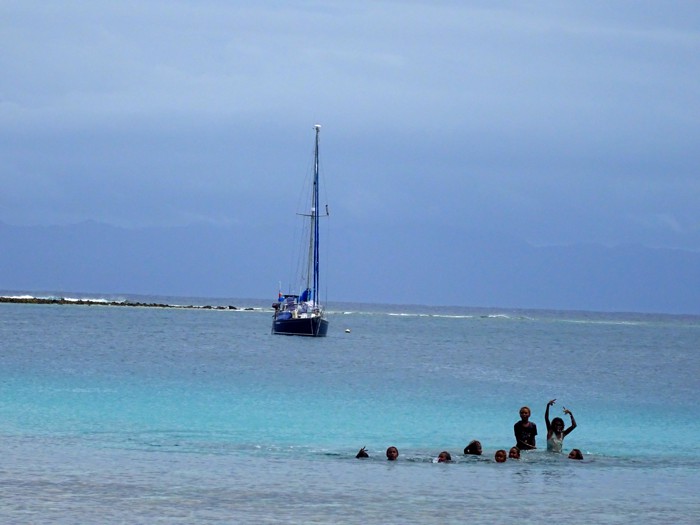 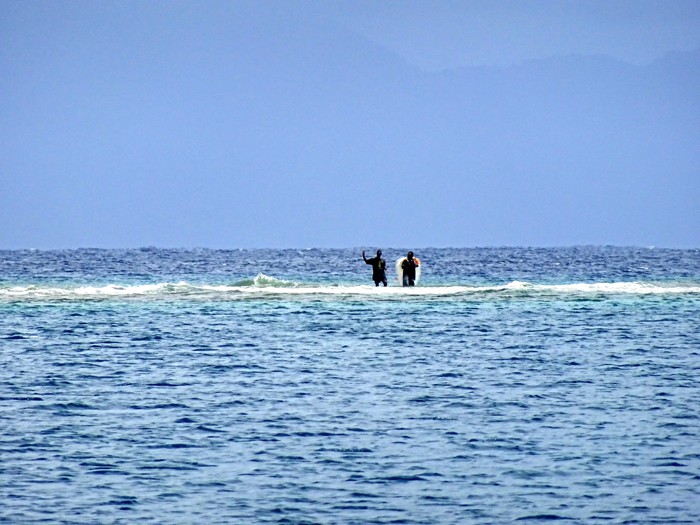 We sailed from Santa Cruz to Santa Ana, a distance of 240 miles. The trip was super pleasant, with 10 knots behind us. The island of Santa Ana is a good one for a solid walk ashore, we spent a couple of hours walking to the other side of the island and back, visiting a traditional kastom house which housed carvings that had been there for hundreds of years.

One of the main carvings we saw was of a half man, half shark. One of the legends of the Solomons tells the story of two brothers who fought to the death. The villagers took off after the older brother and he waded into a rock pool and was later seen with a sharks head and a man’s body, forever banished from the village as his punishment.