We anchored in 10m in mud just west of the wharf. It’s an amazing anchorage with shelter from pretty much all directions and absolutely no rolling. The reef pass is a nice easy one, breakers either side of the channel, but plenty of width. 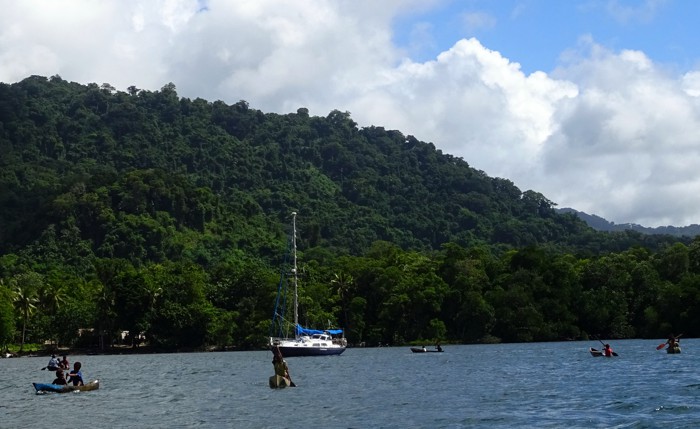 Confed surrounded by Canoes in the Anchorage 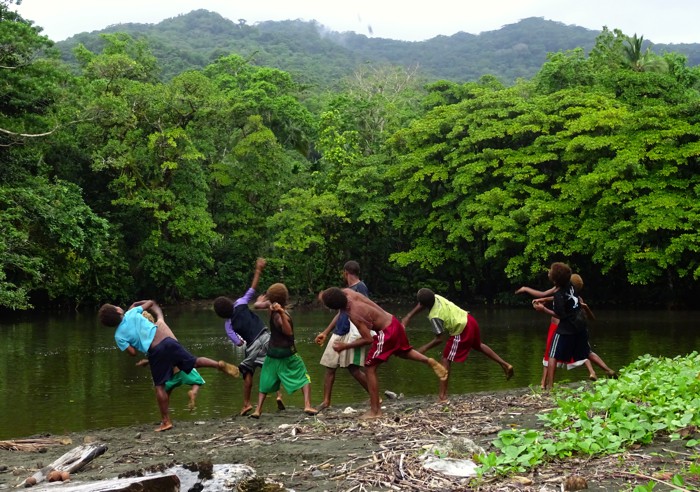 They’re all so at home in their surroundings, climbing up trees and jumping/somersaulting into the river 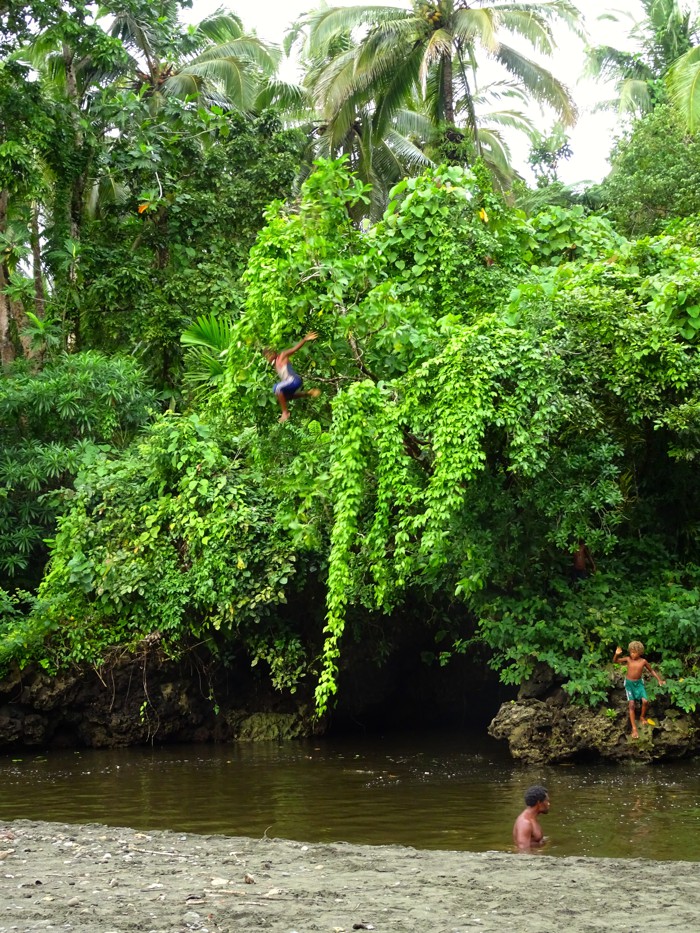 Shooting birds with bows and arrows 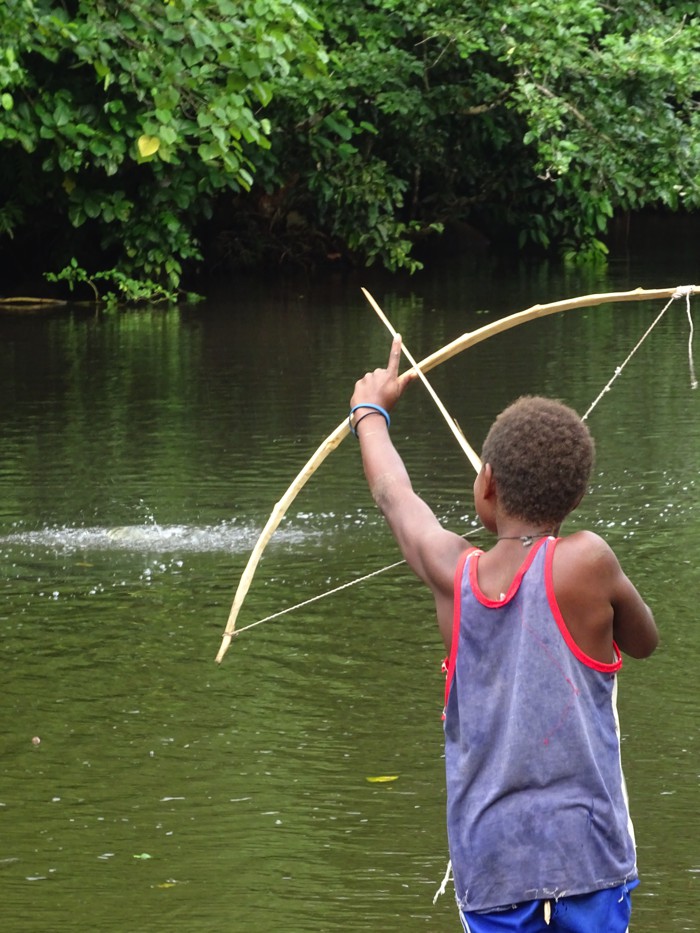 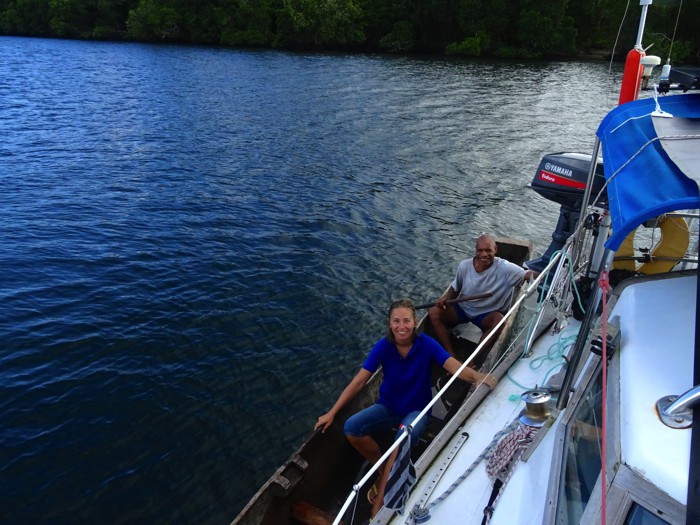 Getting an early morning canoe ride 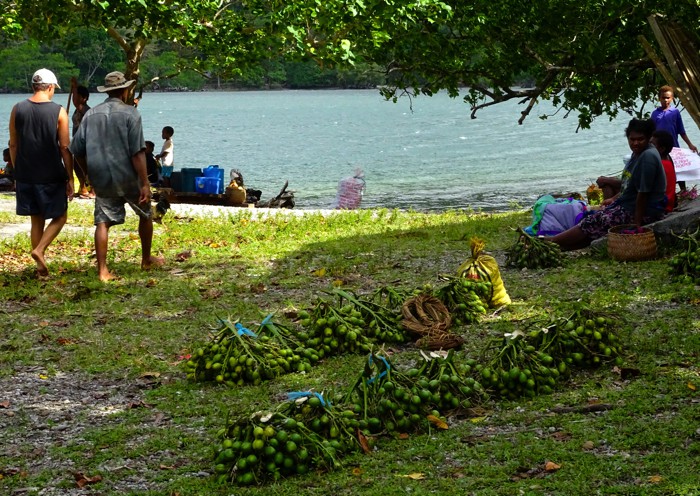 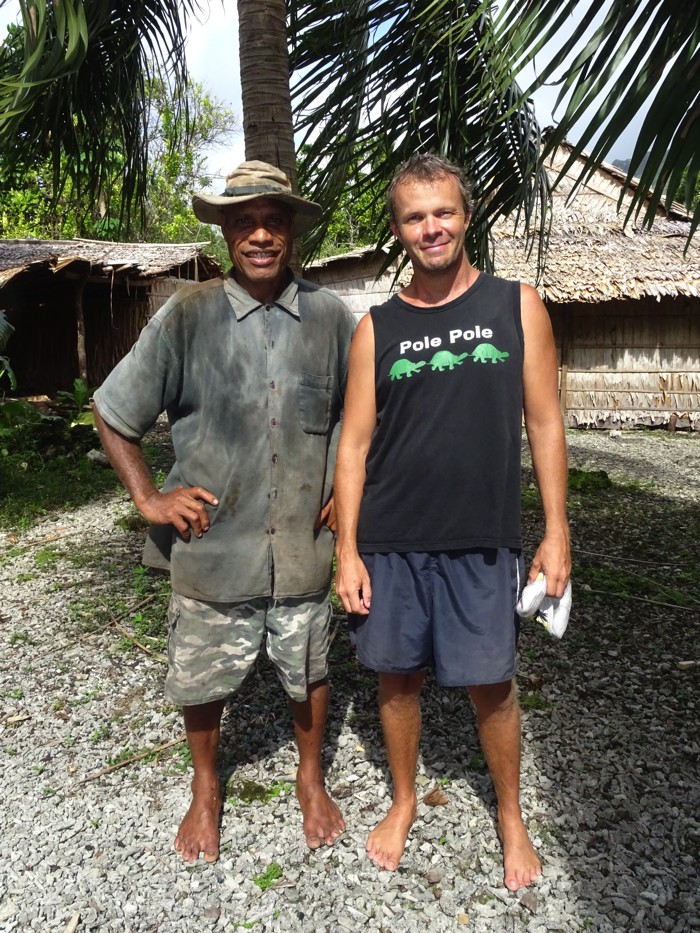 Migs and Andrew the unofficial chief of the village 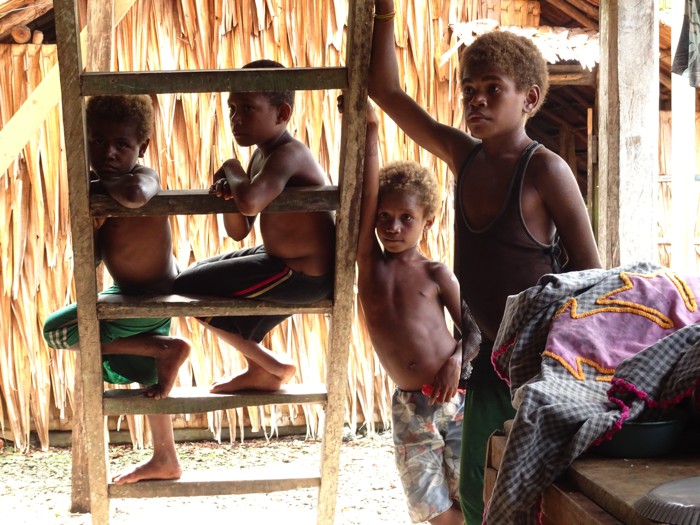 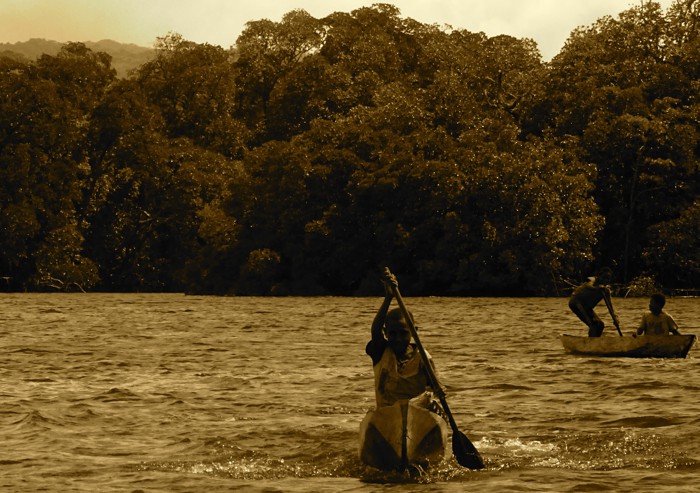 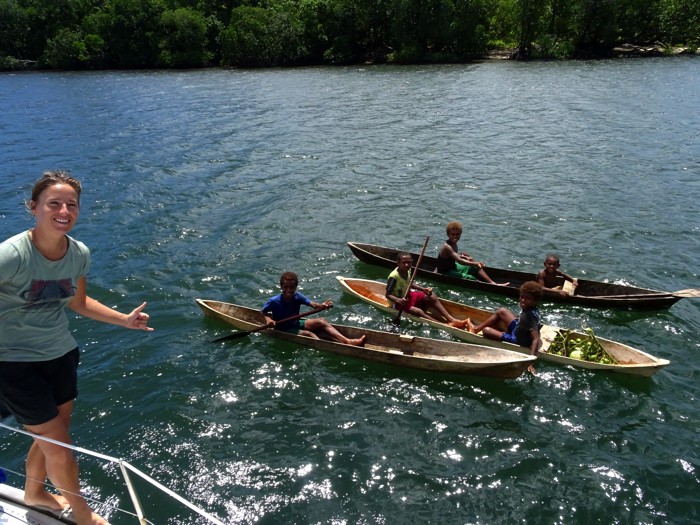 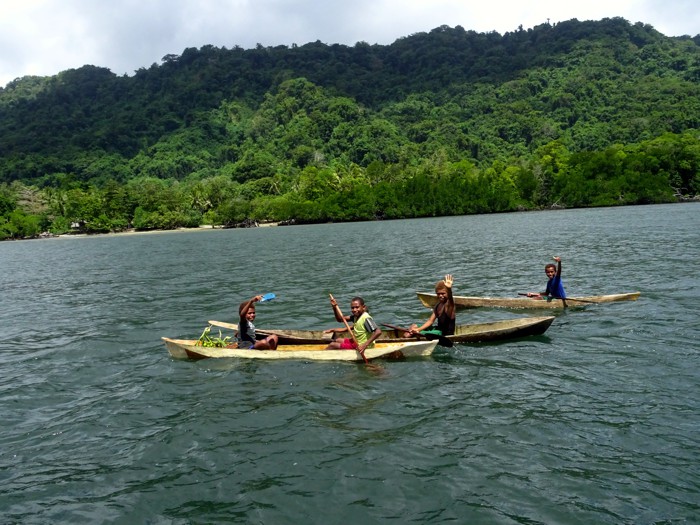 The gang waving goodbye after their tour of Confederate 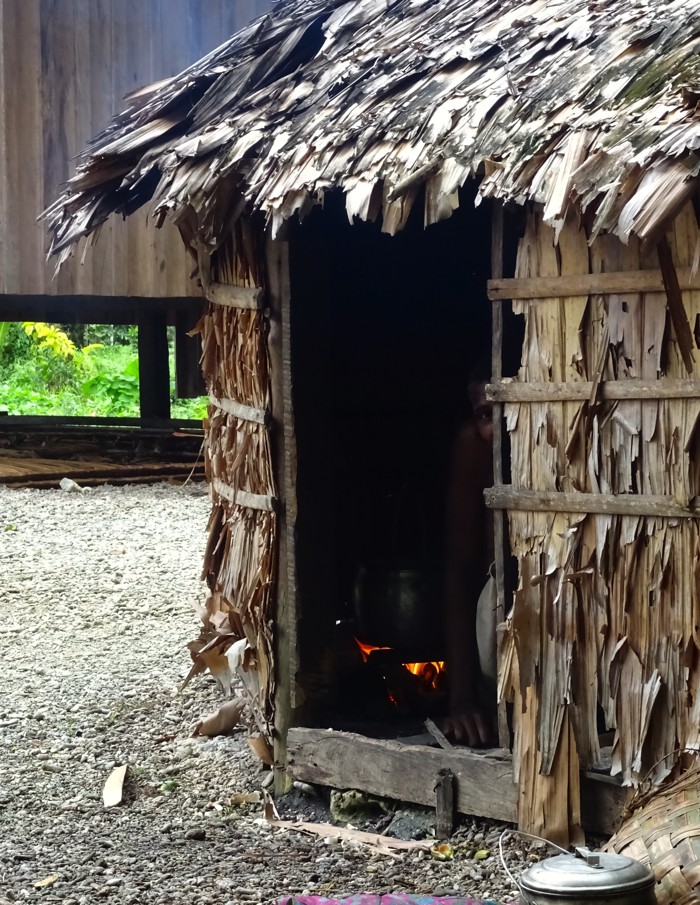 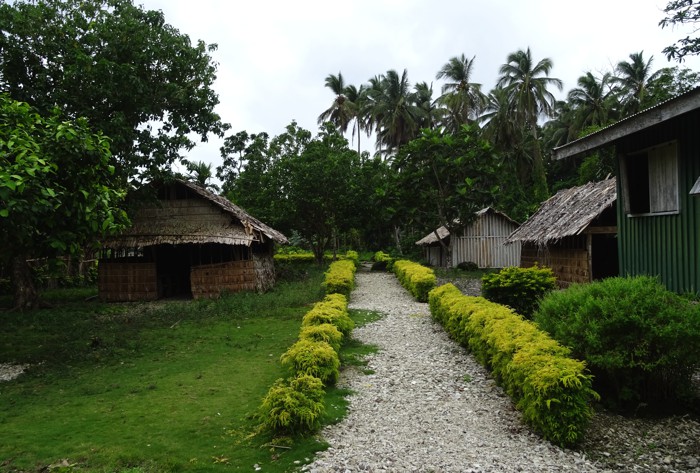 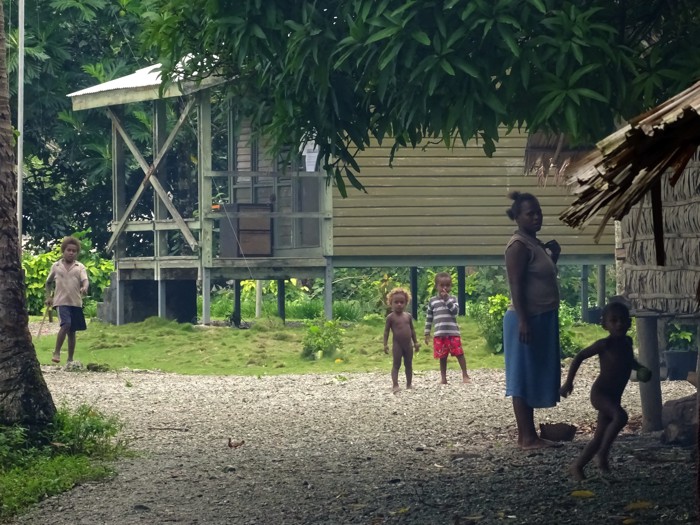 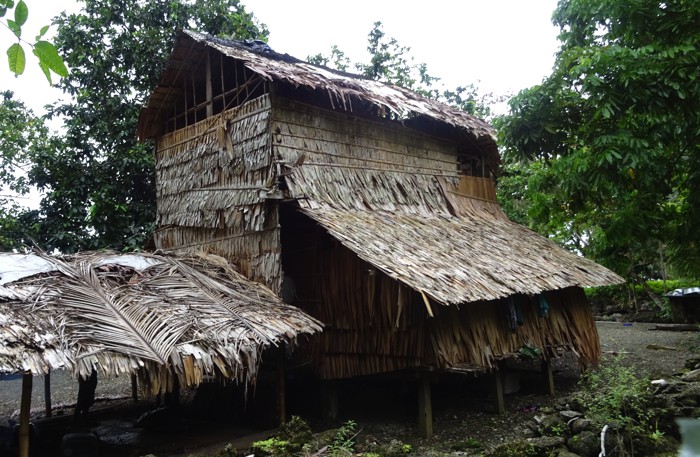 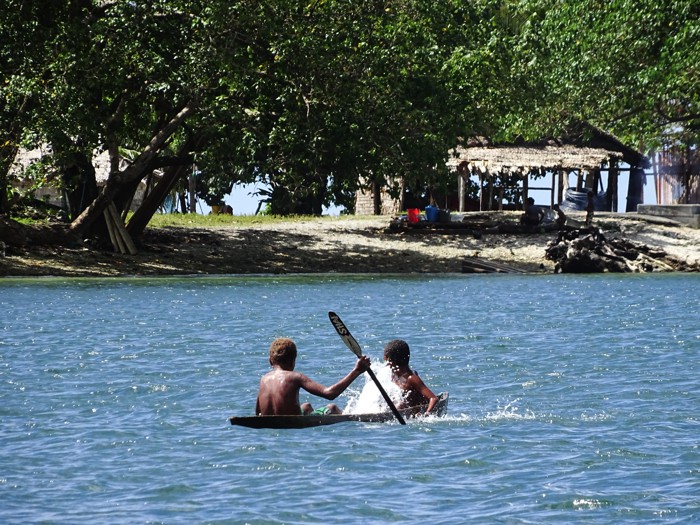